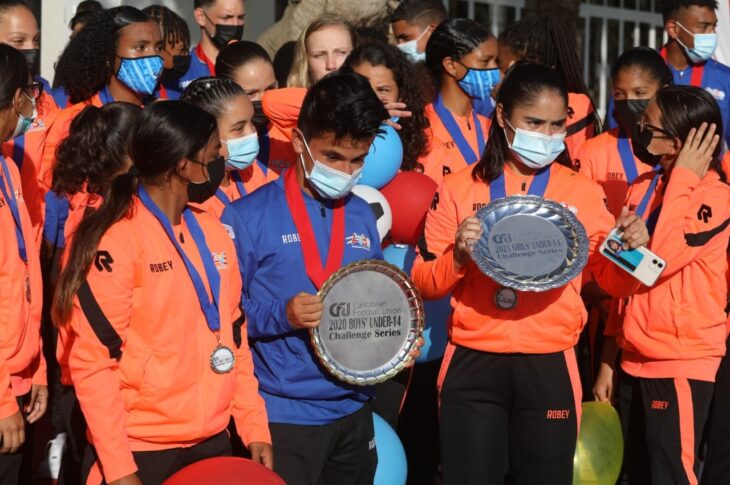 On August 31st during a special ceremony, the Government of Aruba honored the boys and girls that returned to Aruba as the runner-up and winner of the CFU Challenge Series 2021 Championship. The Aruba Boys U15 soccer team became the runner up and the girls U14 soccer team won the championship.

In front of the Government office, Prime Minister welcomed our athletes and thanked them for elevating  Aruba’s name in international sport. The Prime Minister expressed that she was proud of the boys and girls especially because they were the most disciplined ones during their experience in the Dominican Republic

“For me it is an honor standing in front of all of you, congratulating and thanking you. What all of you did is significant, Every athlete that represents Aruba internationally is doing something significant. You are an ambassador of Aruba, and the Government of Aruba takes this into consideration, and knowing that you were the ones who were more disciplined during the tournament, makes me even more proud of you” Expressed the Prime Minister

She continued by saying that what our athletes did in the Dominican Republic is significant  She also said that while she didn’t see all the games, she was aware of the results. She did see the finals and got to watch as our athletes became the runner-up and won the championship title.

“All of you have done a great job, it was a pleasure watching all of you play, I was so proud of each and everyone of you. Thank you, Thank you to the trainers, parents, and everyone that supported our athletes that brought the title back home”

At the end every athlete received a medal ambassador of Aruba wearing their beautiful uniforms. The  Government of Aruba, in the name of the people of Aruba, Congratulates and thankes our athletes with their achievement. 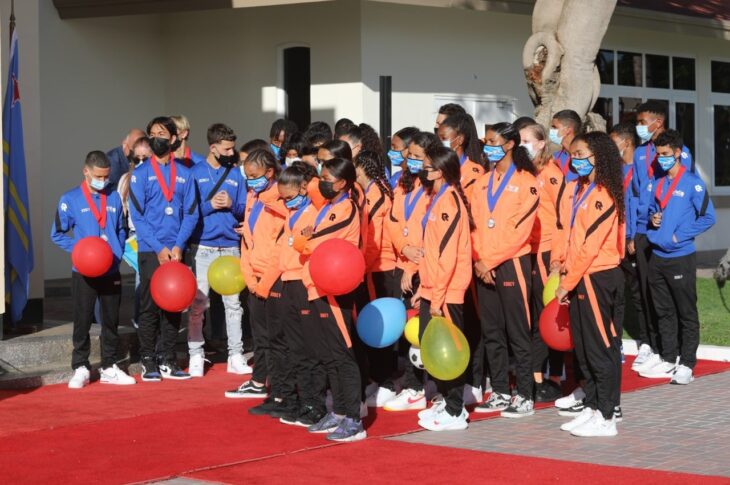