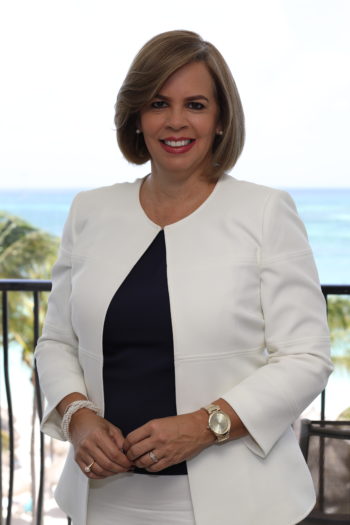 Mrs. Evelyna Wever-Croes, LL.M. is the current Prime Minister and for the last four years has served as the Minister of General Affairs, Integrity, Energy, Innovation, and Government Organization for the Dutch Caribbean island of Aruba. During the last general election, Mrs. Wever-Croes’ party MEP obtained nine seats. Subsequently, she has the intention of forming a coalition with the RAIZ party to initiate her second term as the Prime Minister of Aruba. Aside from forming the second coalition government in over 20 years, she made history by being the first female Prime Minister of Aruba. After assuming the role of Prime Minister of Aruba, the big innovation gap and its impact on the Aruban economy became apparent, especially after the COVID-19 Pandemic. Therefore, the vision of Aruba’s new Government is to achieve socio-economic resilience by accelerating the innovation capacity of the island through a human-centered approach, putting the Aruban people at the heart of all policies. The government affirmed its commitment to this vision by streamlining its innovation strategy with the UN 2030 Sustainable Development Goals. With much love and commitment, the Prime Minister’s ambition is to create better opportunities for all citizens and build a solid foundation for the younger generations that will have the task of carrying Aruba into an uncertain future and rapidly changing world. She believes taking a human-centered approach to policy-making, combined with significant investment in innovation is the only way to help build a more sustainable future for generations to come. She is also an advocate for social (purpose-driven) innovation and for women in innovation and STEM.

Before assuming the role of Prime Minister of Aruba, she obtained a Bachelor of Law degree at the University of the Netherlands Antilles in 1986. She then moved to the Netherlands to pursue her master’s degree at the University of Leiden, specializing in tax law. Upon her return to Aruba in 1989, Mrs. Wever-Croes began her career as a tax agent at the Aruba government tax department. She served as head of the Aruba tax department since 1994 for ten years. In 2004, after a successful and fulfilling career in the public sector, Mrs. Wever-Croes took on a new challenge as a tax lawyer at the Croes Wever Tchong law firm leading many local and international corporate tax cases. In 2009, she was approached by the leader of the political party MEP to become an official candidate of the party. After the 2009 general elections, she was sworn in as a member of parliament. In 2011, she was elected as the leader of the MEP party. After eight years serving as a member of the Aruban parliament, she was sworn in on November 17, 2017, as the first female Prime Minister of Aruba. Mrs. Evelyna Wever-Croes is devoted to her family, she is married and a mother of three children. More recently, she became a proud grandmother of a baby boy. Additionally, Mrs. Wever-Croes is very passionate about giving back to her community and has served as a member of the civic organization Quota International, where she served as president of the Aruba board from 2009-2010.