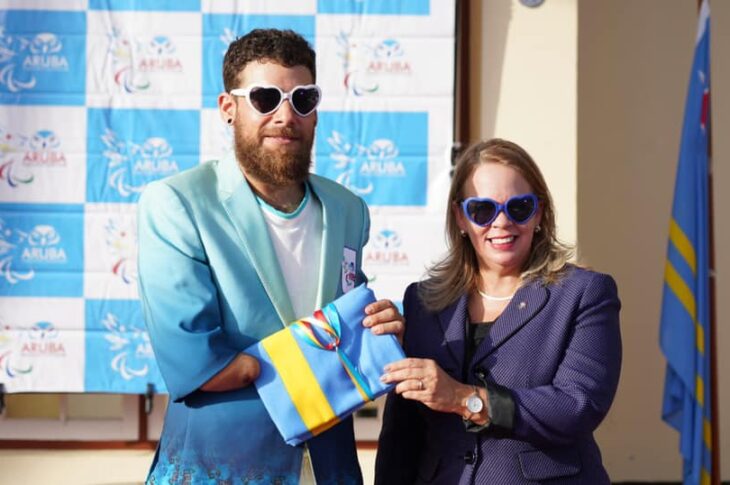 Elliott was born in Aruba without his right hand. However, this never stopped him from finishing school and achieving his goals in life. Elliott has been training for  3 years to make his dream of competing at the Paralympic Games in Tokyo a reality. It is with great pride that the Aruban Paralympic Committee could be a  part of the process to help  Elliott achieve his dream of becoming a Paralympic Athlete.

On his way to the Paralympic Games, the Prime Minister handed the official Aruban Flag to Elliot Loonstra to be able to carry it with Pride at Tokyo.

Prime Minister thanked Elliott’s family and the entire team who are standing behind him, the Paralympic Committee, Mrs. Nicole Hoevertsz for their effort in supporting Elliott’s dream.