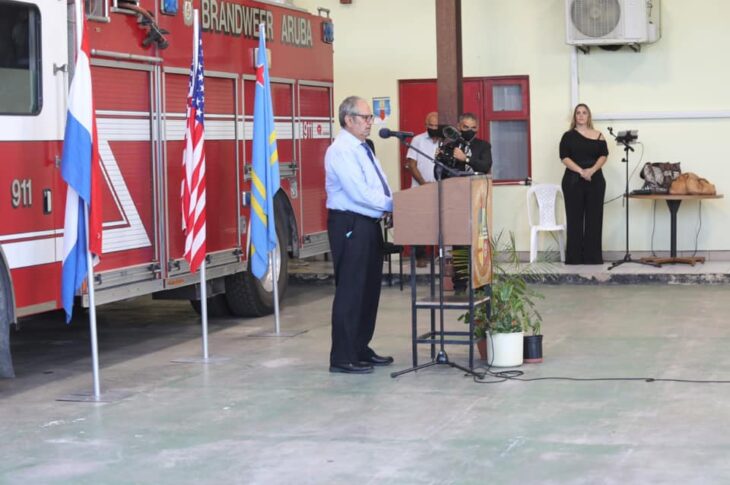 Aruba commemorates 20 years of the attack on the twin towers during a solemn ceremony at the fire station. The Prime Minister gave a  speech, recognizing the brave effort of many people on that day, accentuating the fact that we stand united with the United States and everybody that lost a loved one as a result of these attacks.

“Aruba stands united with our friends of United States with the commitment to never forget what happened and to continue being committed to seeking peace. Peace doesn’t come by itself, we have to create peace it, and we have to instill the struggle for peace into our children ”

A lot of people still remember exactly what they were doing when these attacks took place on the twin towers. Prime Minister Wever-Croes during her speech expressed that she was at work to attend a meeting, but at the same time couldn’t believe what was taking place when she saw the buildings collapsing

“A feeling I can never forget” expressed the Prime Minister

Prime Minister Evelyn Wever – Croes: “This date will be marked in history as one of the worst days but it was also a moment that brought out the best of everyone such as unity, kindness, and resilience. That’s why it’s important to continue honoring and remembering this date and commit ourselves to guide our children into a future with respect for each other despite their differences, with hope and unity. 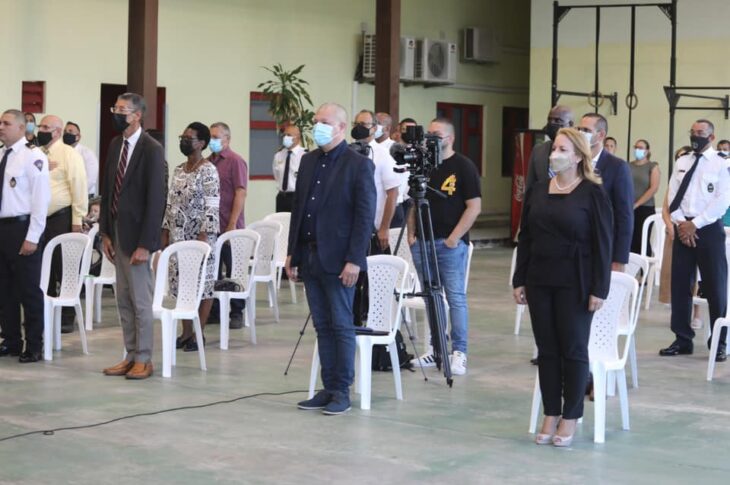