The Prime Minister of Aruba, Evelyn Wever-Croes, received a formal audience with His Holiness Pope Francis.

Oranjestad, Aruba–June 2019 – On Wednesday, May 29, 2019, The Prime Minister of Aruba,
Evelyn Wever-Croes, received a formal audience with His Holiness Pope Francis.

According to Prime Minister Wever-Croes, the brief meeting focused on the “role of
Christianity in the history of the Aruban people.” Over 70 percent of the local population is
Roman Catholic and Christianity plays a prominent role in the country today. The Prime
minister shared the history of the Alto Vista Chapel, a small Catholic chapel also known as
“Pilgrims Church.” The Alto Vista Chapel was stated to be the location where conversion of Aruban Indians to Christianity started.

During the discussions, the situation in Venezuela was addressed. Prime Minister Wever-
Croes stated her admiration for “the extent of knowledge that Pope Francis had on
Venezuela and the Caribbean region.” According to Wever-Croes, His Holiness thanked
Aruba for its kindness to the Venezuelan people during this time of crisis.

Finally, Wever-Croes asked for a blessing for Aruba and prayers to keep Aruba, Bonaire,
Curacao and Venezuela in his prayers.

At the conclusion of their encounter, the two leaders made a traditional exchange of gifts,
with the Prime Minister offering a painting of the Alto Vista Chapel. The Holy Father, for his
part, presented Prime Minister Wever-Croes with a gift package from the Vatican. 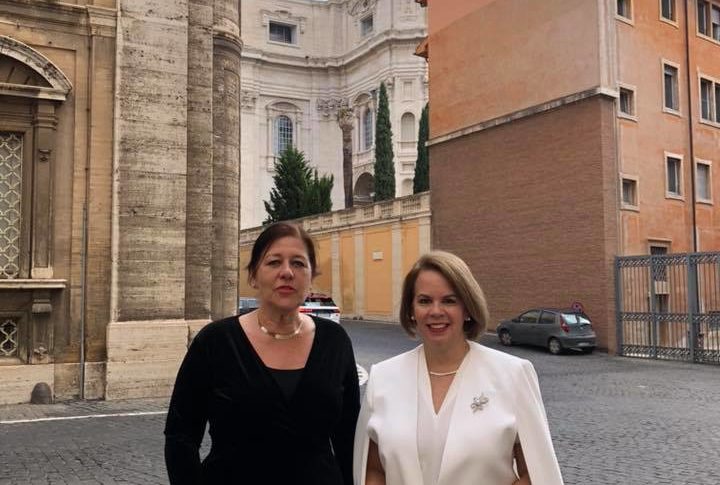