Commission on the Status of Women 63 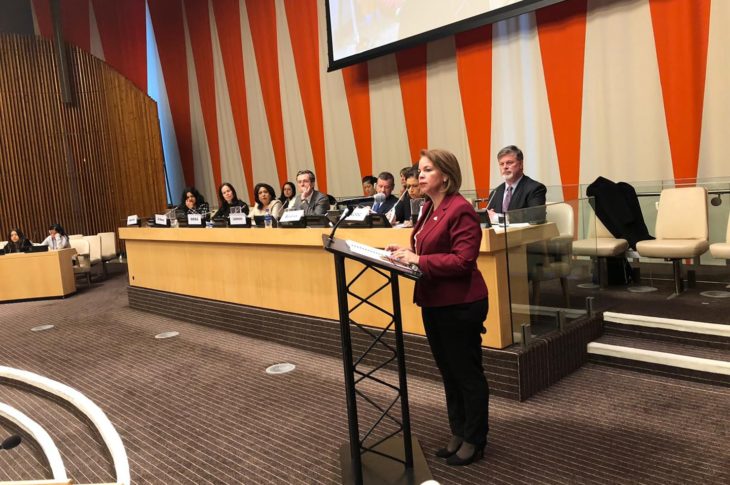 New York, March 2019 – The Prime Minister of Aruba attended the 63rd session of the Commission on the Status of Women, that took place at the United Nations Headquarters in New York from 11 to 22 of March 2019. Representatives of Member States, UN entities and NGOs from all over the world attended the session. The Commission on the Status of Women (CSW) is instrumental in promoting women’s rights, documenting the reality of women’s lives throughout the world, and shaping global standards on gender equality and the empowerment of women.

The theme of this sessions was “Social protection systems, access to public services and sustainable infrastructure for gender equality and the empowerment of women and girls”. Attendees gathered to discuss progress and emerging issues that affect gender equality and the empowerment of women. Further actions to accelerate progress and promote women’s enjoyment of their rights in political, economic and social fields were also discussed.

Prime Minister of Aruba Evelyn Wever-Croes, made public statements at different events during the week, including the general discussion, the Women in Power Summit and the side event on Modern Slavery and Human Trafficking: Effective responses for Women and Girls, elaborating on steps the Kingdom of the Netherlands has taken to tackle human trafficking and modern day slavery. 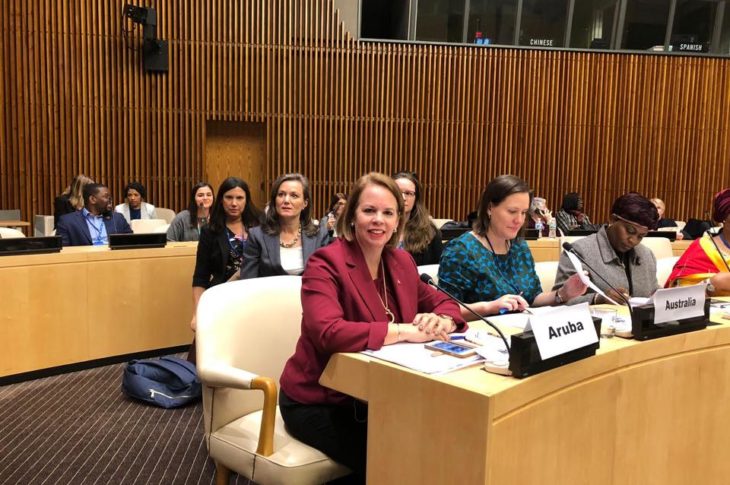