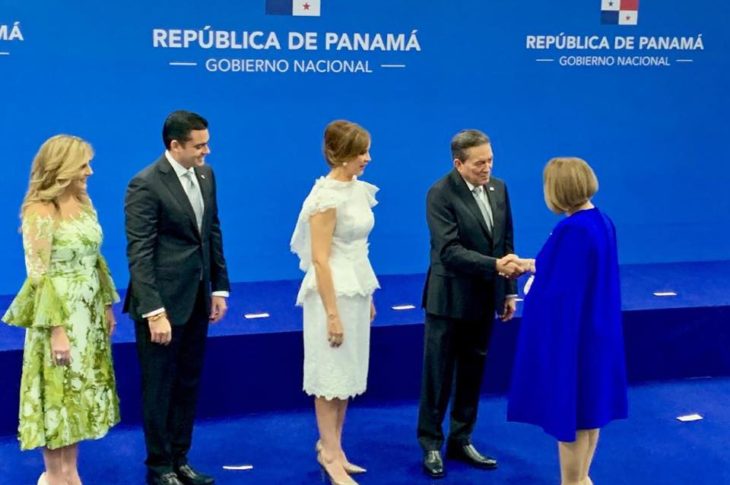 Oranjestad, Aruba — July 2019 – On July 1, 2019, Prime Minister Evelyn Wever-Croes
represented Aruba and The Dutch Kingdom at the inauguration ceremony of Panama’s President Laurentino Cortizo, in the presence of representatives from around the world.
The Prime Minister expressed that Aruba’s presence at the ceremony represents the long-
standing relationship between both nations. Panama and Aruba have maintained a strong
partnership in regard to tourism, and Prime Minister Wever-Croes hopes this relationship
can continue throughout Cortizo’s presidency. The Prime Minister indicated that next to the
daily flights by Copa Airlines to Aruba, she is excited to welcome the new cruise line that will
be departing from Colón, Panama and traveling through Aruba.

The Dutch Kingdom is also heavily involved in the Panamanian economy. The Prime Minister
states: “There are strong ties between The Netherlands and Panama. Many Dutch
companies have ongoing projects in the field of agriculture, environmental protection and
marine preservation.” Although the Prime Minister was unable to have an in-depth conversation with the new Panamanian President, she indicated that commitments were made to meet again, to discuss economic opportunities in Panama and how they can continue to collaborate.

Venezuela situation & Conversations with other Heads of State
Wever-Croes discussed the topic of the Venezuelan crisis with various heads of state in the
region who experience similar pressures as Aruba. During an interview with the Panamanian
network ‘TVN’ she indicated, “It is not only a crisis in Venezuela or the region, it is
worldwide, and the world should help as well. Aruba is doing its part; it’s a small island of
100,000 inhabitants and we are doing everything we can. It is time for the international
community to do their part as well.” 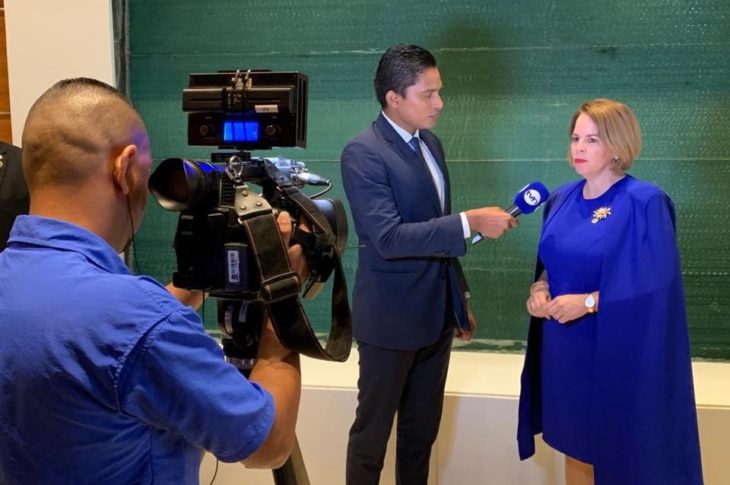 The Prime Minister visited the department of foreign affairs